If you are interested in reading about how to get your business visible online, with regular insights into being an entrepreneur and navigating your way through the business world, then this blog is for you!

We regularly post interesting articles on topics on leadership, management and visibility - with guest articles and features from experts in their field. 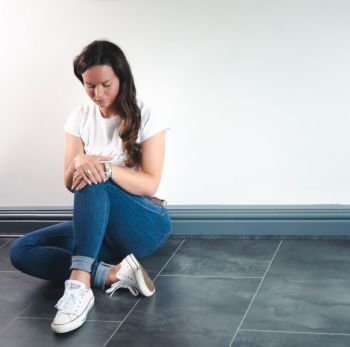 Last week I was moved to tears - well actually there were several occasions I was moved to tears if I’m honest - my cleaner (very precious and one of the reasons I work as hard as I do) broke a special trinket whilst buffing away in my hallway; my body literally nearly gave out from exhaustion, and my heart literally gave out when I watched the documentary about the Little Mix star Jesi whatshername.

Now I’m not the hugest fan of Little Mix as I think they’ve grown up way too fast and the little people that adore them are now basically cheering for dominatrixes, but I think they are hardworking, genuine young women who have used the X factor opportunity as a true platform for their success. You can tell they work hard and I’m all for showing my girls that if you work hard you can achieve whatever you want (and apparently wearing whatever you want too). So when I watched the documentary which detailed the horrendous journey that Jesi has been on with online bullying and harassment my heart literally broke.

Here is a girl - sorry a woman,  that has shown a future generation that you do not need to look like a homogeneous doll to have a career in the music industry, that you can be successful when you are slightly bigger than the size 0 that has become a norm in our social media crazed world and that grafting actually works. The world should be celebrating this female and all she stands for. Yet instead, Jesi has been subject to such hateful comments and vitriol that I shuddered to my very core. The worst of it - most of the comments came from women.

Whatever happened to solidarity? To raising each other up and being proud of how far we have come as a gender - particularly in the centenary year of the suffragettes? It brought me back to my own experience of online bullying when in my previous role “anonymous” reviews were left about my leadership style on a well known career review site. This website (I won’t name it because I think that they are wholly irresponsible with what they allow users to post on their platform with little to no moderation and zero anti-bullying policy - they are not getting a backlink from me!!) allowed people to basically troll me for months - accusing me of all sorts and scathingly berating me. For my own mental health I had to stop looking because I was literally circling the drain with reading and re-reading the commentary. I went to such a dark place over it, and I consider myself thick skinned - so how a vulnerable young woman could be expected to cope I’ll never know.

Jealousy fuels so much negativity and poor behaviour in people and I think it’s time we called time on it. The petition started by Bobby Norris which has reached parliament this week is long overdue - we should be able to track online bullies to their IP address and the police should be able to prosecute for hate crimes. Because that is what they are. Hate crimes.

I am jealous of sooo many people - but I use jealousy to positively fuel my behaviour to become better and I absolutely celebrate those that I am jealous of. I use it to review my own actions and see if I can adjust the sails to get myself going in the same direction. I don’t resent what anyone else has - whether they have worked for it or came across their success by good fortune. Being bitter is not something I’ve got time for because I’m too busy in my lane swimming toward my own goals.

I aspire to show the bullies - the ones at school that spread rumours that my Mum was drunk in the street when in fact she had had a major debilitating Stroke, through to the small minded “colleagues” that weren’t brave enough to give me feedback to my face but preferred the keyboard warrior approach - I aspire to show them that I am happy. I am successful. And that I don’t care what they think. I aspire to give them even more to be jealous about, not so I can bask in my own glory, but so I can enjoy my success, show my girls the art of the possible and treat my Mum to the luxuries she worked so hard to give me as a child. I’ll toast the bullies - and I’ll toast Jesi. For being a fellow survivor and a pretty fierce one at that.